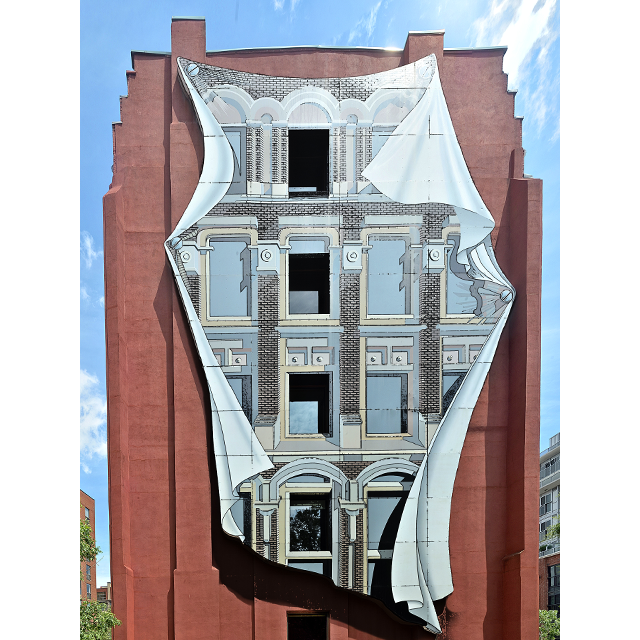 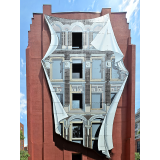 1111 The Gooderham Building, Back View

The red-brick Gooderham Building (commonly referred to as the Flatiron Building) is a historic landmark of Toronto, Ontario, Canada located at 49 Wellington Street East. On the eastern edge of the city's Financial District (east of Yonge Street), it is in the St. Lawrence neighbourhood wedged between Front Street and Wellington Street, where they join up to form a triangular intersection. Completed in 1892, it was an early example of a prominent flatiron building.
The Gooderham Building is the focal point of one of Toronto's most iconic vistas: looking west down Front Street towards the building's prominent rounded corner, framed on the sides by the heritage commercial blocks along Front Street, and with the skyscrapers of the Financial District towering in the background. The CN Tower is also visible from certain angles behind Brookfield Place. This vista frequently appears in imagery of the city. (from Wikipedia)